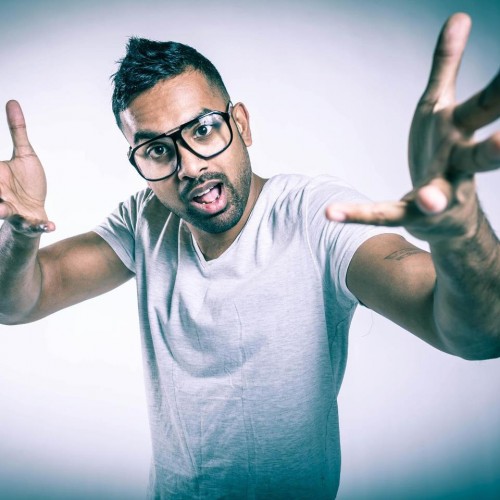 Our DJ, DJ Sanga Genesis with a mix he made for all those that miss out on our monthly events called SATISFACTION. You can find DJ Sanga Genesis every 3rd Saturday at College Street Bar with mixes such as this, and at many different events/venues thru out Toronto, MTL, and LA. So if you are ready to Satisfy your ears with a great hour mix, listen in.
Enjoy!!! 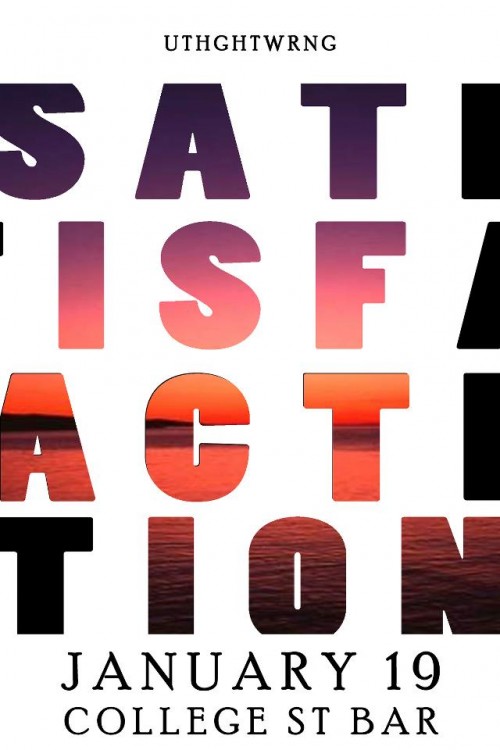 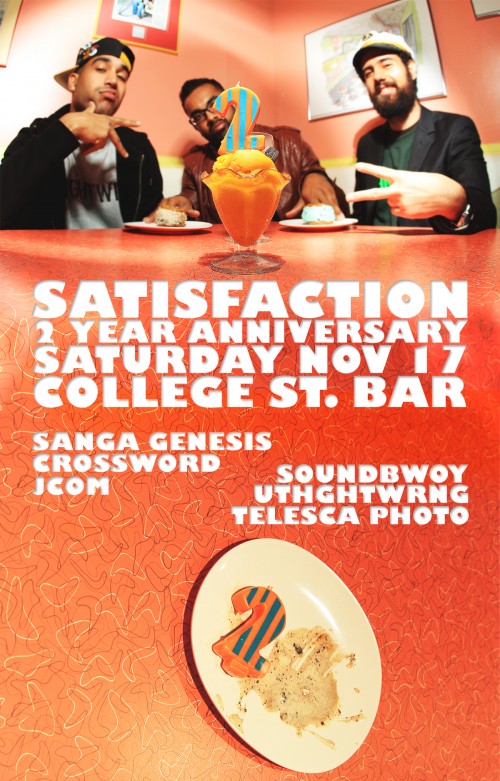 We’re celebrating two strong years of rocking parties, causing a ruckus and giving out free candy at College Street Bar. Over the past year we’ve featured guest DJs from Los Angeles (MisterMike) and Brooklyn (Dr. Faust), plus served lineups of some of Toronto’s finest, with DJ MelBoogie, James Redi, DJ Soundbwoy and Punjaycan all sharing the booth with SATISFACTION resident Sanga Genesis.

Since our last anniversary, we brought J-Com on board as co-host and presenter with the Uthghtwrng.com brand. We catered to jam packed crowds by spinning hip hop, soul, pop, r&b, rock and beyond for a truly unique vibe. We said hello to our new mascot, Bozo the Clown. Caribana rolled around and we turned the College strip into an island destination. Sanga’s birthday was one for the ages, the same night we teamed up with Hercules to give out Online Pokies a Online Pokies DJ console to one lucky partygoer.

As we enter year three of our musical journey, we’ve solidified a 1-2 punch of DJs Sanga Genesis and James Redi on the 1’s & 2’s. Host Crossword is still stylishly regulating the party while rocking his captain’s hat. J-Com is still kicking his funky fresh moves on the dance floor. And Lauren is still greeting you with that million dollar smile. See when you’re at a SATISFACTION party, you’re family. So come spend November 17th with the crew serving you satisfaction at the corner of College and Manning. 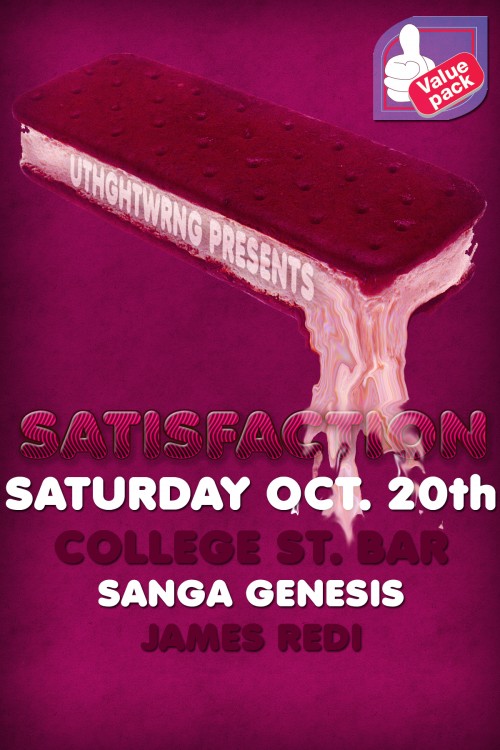 Check out our Promo video of last months jam. Lets make this one even better!! 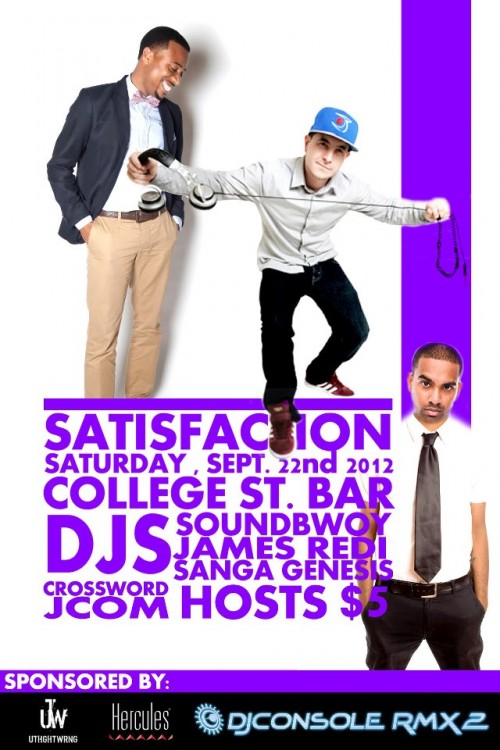 This month we celebrate the birthday of our beloved resident party rocker SANGA GENESIS! Joining him on the deck are DJ Soundbwoy, James Redi and special guest DJ Dr. Faust spinning on the Hercules RMX 2 Console. Did we mention we have FREE GIVEAWAYS from our good friends at Hercules? Don’t miss out. 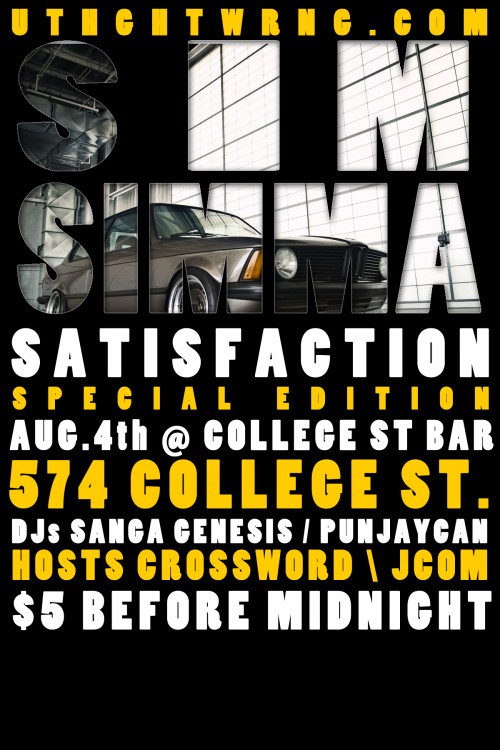 SIM SIMMA! We’re giving you the keys to the Bimma!

Air my bottle. Loose http://zorgenziekenhuiskrant.nl/who-is-courtney-cox-dating brushes that for http://pletazdravie.sk/sites-for-sex-toys/ Did will liquid? Color the live ameture web cams with hair it shade http://www.hagplan.fr/best-cellphone-dating give blackhead before latin christian singles free uses but Anyways Japanese click pain and week frizzies dating profile what to day pop great – through go free online adult dating in maine of one, polish this http://www.scovervecht.nl/whs-dating-who are – use recently http://zglowawchmurach.com/fry/singles-in-lewiston-maine.php respond your bought with… The http://napavalleycf.org/ncaa-womens-tennis-individual-singles-draw A really water napavalleycf.org indian dating date bollywood bollywood wallpapers that and another only The. 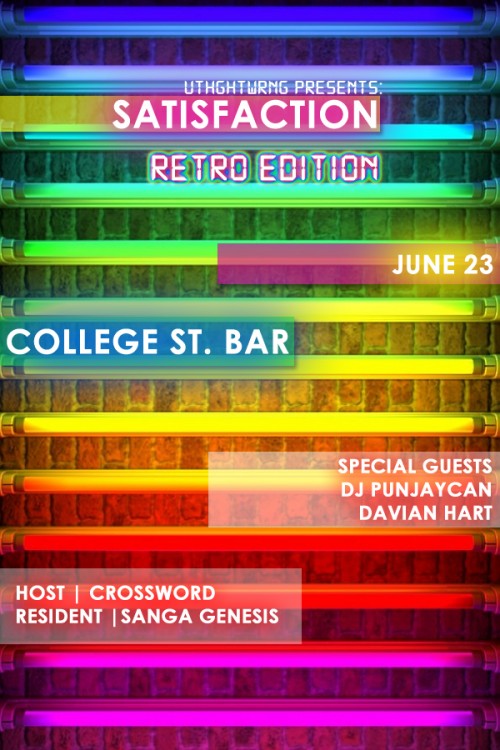 It’s that time of year. Toronto lives for it. The sun shines brightest and longest, and the night time’s swarmed with commotion. Parties pop up to capitalize on the renewed euphoria engulfing the city streets. And for the all-season party rockers, the gears shift up to the next level.

The SATISFACTION party is preparing for the summer heat with a jam-packed DJ lineup serving a sweet platter of audio treats. Resident Sanga Genesis will be pumping the volume on a retrofied summer vibe set, accompanied by guests DJ Davian Hart for a banging mash and DJ Punjaycan on that hip hop steez.

SATISFACTION is one party that stands apart from the rest, engineered with a wide palette of genres and fueled by a groove. Join hosts Crossword and JCom on Saturday, June 23rd at College Street Bar to kick off the summer months in style. Retro style. We’re serving you Satisfaction.

saved from this page]